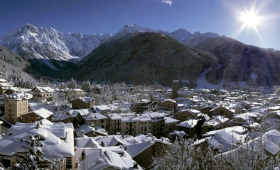 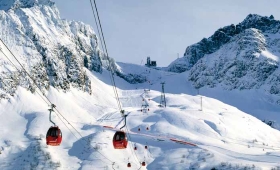 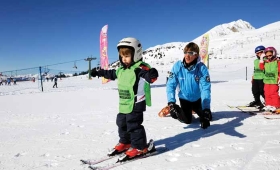 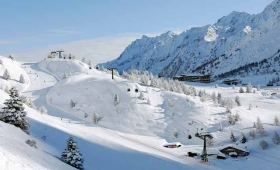 Passo Tonale is a purpose-built ski resort and it is one of the highest ski resorts in Italy. It sits at just shy of 1900m and the ski area has its own glacier, with skiing all the way up to just over 3000m, meaning that it is one of the most snow secure ski resorts in not just Italy, but also the whole of Europe. There is 100km of piste in the area and it is ideal for beginners and intermediates. Expert skiers on a ski holiday in Passo Tonale will find enough to keep themselves occupied as long as you are happy to cover the same terrain a few times throughout a week.

The ski resort of Passo Tonale

Passo Tonale its in a natural amphitheater and is surrounded by mountains on all sides. Unlike some ski resorts, this allows to chase the sun throughout the day and sun is something that Passo Tonale gets plenty of. It gets plenty of sun and plenty of snow. What more could you ask for! 'Ski in ski out accommodation' I hear you say, well Passo Tonale has plenty of that as well.

For the 2006/07 winter season, a new cable car was installed that linked Passo Tonale to the neighboring resort of Ponte di Legno which makes for a nice place to stop for lunch at least a couple of times during a week's ski holidays. Or you can ski further along the valley and end up in Temu. The 11km run from Passo Tonale to Ponte di Legno is a must-do!

Just give us a call on 02037780123 and we can help you book your Passo Tonale ski holiday today. If you know where you want to stay then that is fantastic, but if you don't then we are more than happy to help. 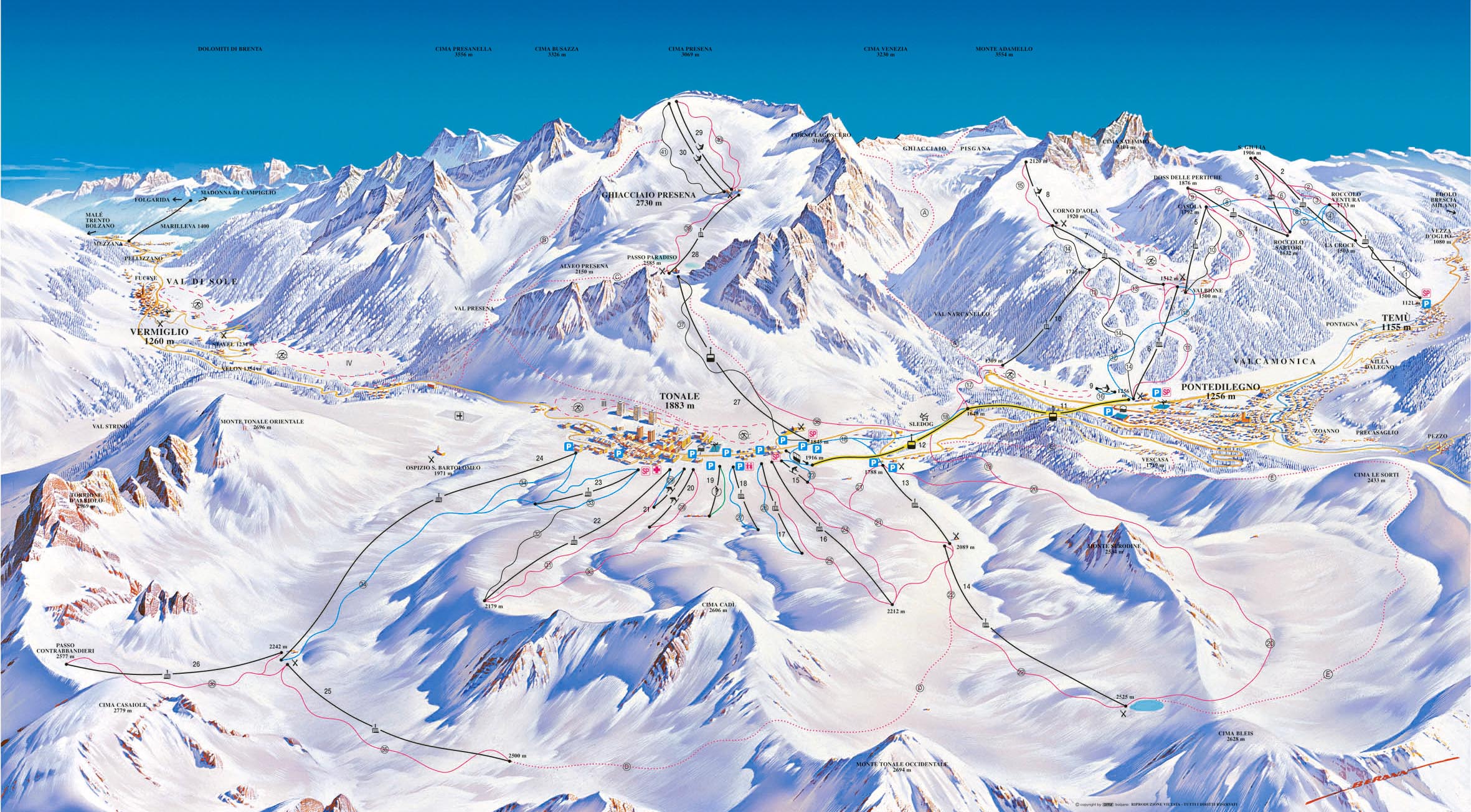 If you are looking for a resort in which to ski with beginners and you don't want to break the bank then Passo Tonale may well be for you. The is a great varied of slopes on the north side of the village which are all really easily accessible are are perfect for beginners to hone there skills on.

Intermediates will love Passo Tonale. 100km of piste is more than enough for a ski holiday and the fact that the area is broken up into different sections really helps to give the feel of travelling around a big ski region and stopping in different places. One day you might be on the north side followed by skiing on the south side and up on the glacier the next. While the next couple of days might involve skiing down to Ponte di Legno or maybe even further and onto Temu.

Advanced skiers who only like ski piste after piste without doing the same run twice might find that they cover the whole 100km of piste pretty quickly. However, if you like to find a like and do it a few times over throughout a holiday until you know it inside out then a skiing holiday in Passo Tonale might be the right up your street. There is a good spread of blue and red in the resort but there are also some nice black runs as well (24% blue, 60% red and 16% black). Coupled with a good chunk of off piste skiing and a very reliable snow record, Passo Tonale can actually work out much better than people often think as a ski holiday destination for advanced skiers.

If you are thinking about a snowboarding holiday in Passo Tonale and are not bothered about there being a snow park then carry on. However, if you want a snowpark then look elsewhere. On the other hand if you love tearing up piste and searching out fresh line after a new snowfall then Passo Tonale may well be for you.

There is plenty of off-piste in Passo Tonale. It is well worth getting a guide if you want to search out all of the hidden gems and route but there is plenty of easy access of piste on the north side of the Passo Tonale and there are some great tree-lined routes to be found over in Ponte di Legno and Temu.

There are plenty of bars in Paso Tonale but the après ski scene is not particularly lively like in some other resorts in Europe. If you want a week of skiing and partying then Passo is probably not the place for you. However, if you want to Malle the most of the après ski that is on offer then the Paradiso Hotel has a nice bar which is often busy for après ski drinks, as is bar Heaven which often has decent happy hour drinks promotions.

Non ski activities and other après ski in Passo Tonale

Passo Tonale has a natural ice rink and Ponte di Legno has a public swimming pool with freer access if you have a lift pass. There is also plenty of winter walking to be found as well as skidoo excursions and tobogganing.

Other properties in Passo Tonale