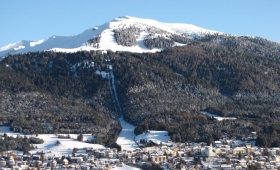 Folgaria is a town which happens to be close to the mountains and so there is loads going on with plenty of shops, bars and restaurants on offer. It is a great area for intermediate skiers and there is 106km of piste on offer which is split between Folgaria and the nearby resort of Lavarone

Folgaria is a pretty little town with classic alpine charm and architecture. If you are looking for a ski holiday whetre there is also plenty going on other than just the skiing, and you want to avoid the ugly purpose bulit resorts that you find in France, then a skiing holiday in Folgaria might just be for you.

San Sebastiano di Folgaria is a small village just outside Folgaria itself which is just a short bus ride away. 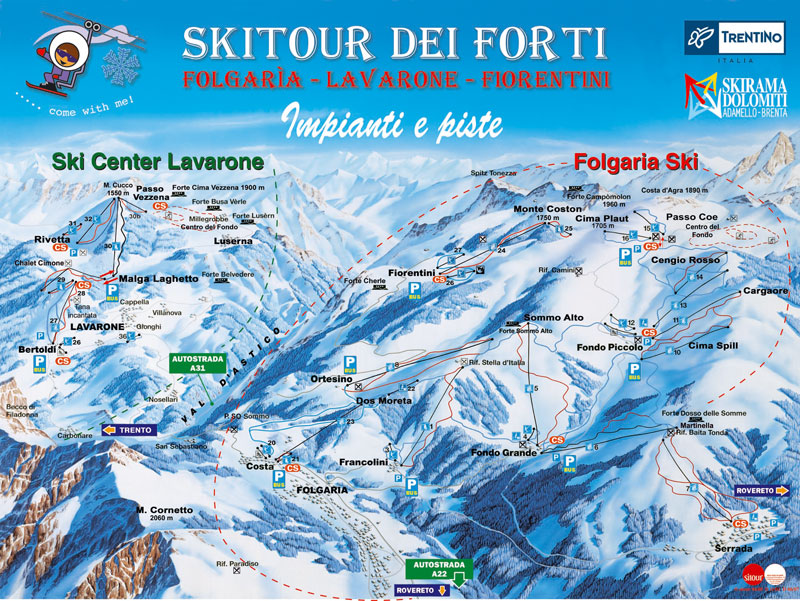 Beginner skiers in Folgaria are well catered for at the Fondo Piccolo area which is full of short easy blue runs. owever, you have to get the gondoloa up there rather than jjust having the easy runs right on the door step of the town. The other area that is perfect for beginners is the Costa Folgaria area which is just a short bus ride from the town centre.

Intermediate skiers will love Folgaria. The 106km of piste that you have on offer is plebty of skiing for the week and there are a really variety of red and blue runs to choose from. The added bonus of Lavarone on the full area pass gives a nice change of scenery as well.

Advnaced skiers in holiday in Folgaria will want to challenge themselves on the black rusn that are on offer but these are quite limited. Beyond that experts will have to make do with the abundance of red runs or else hit the off piste.

Snowboarders on holiday in Folgaria will enjoy shreading up the piste as well as catching on off piste line (see below). It is also well worth heading over to Lavarone where thet have a deadicated snowboard park with kickers, rails and boxes to keep yourself entertained with. Folgaria Also has a snow park as well.

Off piste skiing in Folgaria***

Off piste skiing is permitted in Folgaris which helps to keep the on piste condition under control. There are some nice routes down from Passo Coe and there are some tree lined routes to be found on the way down to Fondo Grande. It is also worth heading to Lavarone in search of off piste ski routes as well.

Other properties in Folgaria