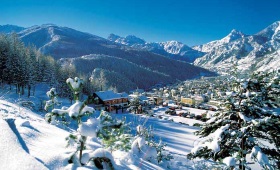 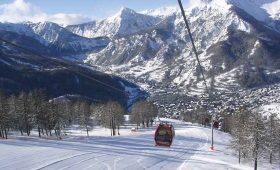 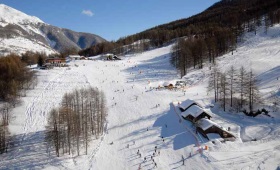 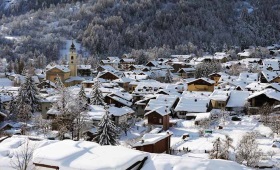 Bardonecchia shot to fame in 2006 when it was host to some of the events at the Turin Winter Olympics. A lot of money was invested in Bardonecchia off the back of the winter Olympics and they improved the area as a whole with better transport links and great skiing facilities. There are now very easy rail and road links from Turin which makes Bardonecchia a great destination for weekend skiing as you can get from Turin to Bardonecchia in about 1 hour. However, week-long Bardonecchia ski holidays are also popular and are ideal for beginner and intermediate skiers.

There are a total of 140km of piste in Bardonecchia which beginners and intermediate skiers alike will love given that the majority of the slopes in the area are either blue or red runs. Advanced skiers might find the on-piste skiing a bit limited but there is loads of off-piste to be found and the Olympic Snowpark and halfpipe will keep you busy if you are looking for some freestyle action. The actual resort itself is a traditional Italian market town which has grown in recent years to become a popular ski holiday destination. It has a real charm to the resort center with traditional architecture yet there is a vibrant atmosphere and plenty to do. Bardonecchia is a real mountain town rather than a small purpose-built ski resort so there are plenty of shops, bars and restaurants as well as a leisure center with an indoor swimming pool, and there is an outdoor ice rink as well.

Book With iSki For a Great Ski Holiday To Bardonecchia

Here at iSki we have loads of accommodation options in Bardonecchia and we should have something to suit all tastes and budgets. Feel free to give us a call on 02037780123 and we will help guide you through the process of finding the perfect ski holiday in Bardonecchia for you and the rest of your party. 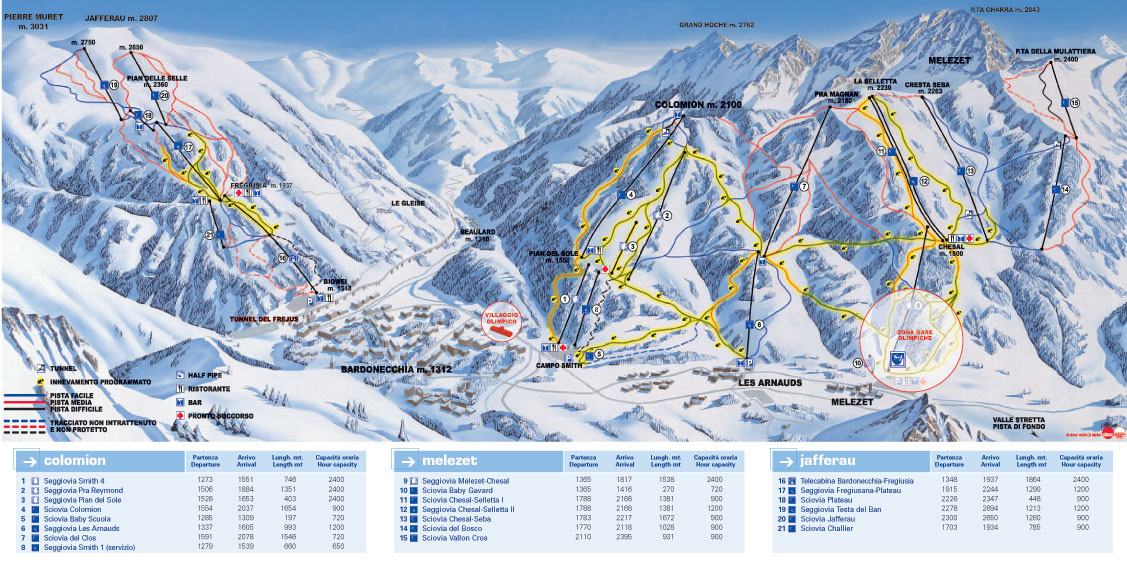 Beginner skiers are well looked after in Bardonecchia. There are a decent number of blue runs in the resort and the ski school has a good reputation. The slopes from Campo Smith are where most beginners will start and then you will progress onto the higher slopes of Colomion. From there you will be able to progress onto the slightly more challenging slopes of Melezet.

With 140km of piste on offer there is loads of skiing for intermediates to enjoy. Nearly of the the pisted terrain is blue and red runs which is perfect for intermediates. It is also nice to be able to break up the skiing half way through through a week and head over to the Jafferau area which is on the other side of town to Camp Smith.

Expert skiers on holiday in Bardonecchia will love the off piste on offer at Jafferau and the chance to ski the Olympic downhill run called Fisi 50 and runs down from the top of Colomion.

Snowboarders will over the Olympis Snow Park and half pipe in Melezet and if you like riding off piste there is plenty of fresh lines to be found after a big dump of snow. Especially if you go heli-skiing/boarding which is offered on the terrain behind Melezet.

Being a proper mountain town rather than a small little ski resorts, Bardonecchia has quite a lot going on. There are plenty of café's and restaurants as well as a few bars that are open through until the early hours. Camarillo Cafe is a good cafe/pub/disco crossover as is Cafe Medail. Bar Colomion and Igloo Bar as also good but it is worth noting that if you are looking for a solid week of none stop skiing and partying you might not find it in Bardonnechia as the nightlife is much livelier at the weekends than on week days.

Other Activities and Alternative Apres Ski In Bardonnechia

Other properties in Bardonecchia