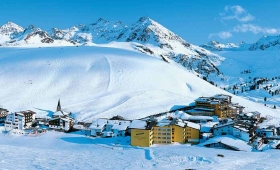 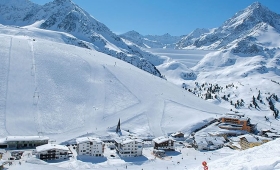 Kuhtai is a lovely little ski resort with guaranteed snow conditions and a really short transfer from Innsbruck. Innsbruck airport to Kuhtai is just 22 miles so the transfer is under an hour but unlike many other resorts that are close to an airports Kuhtai offers high altitude skiing with a resort height of 2020m. It is not the biggest of ski areas but with over 40km of local pistes as well as a additional 40km of piste that is covered on the lift pass in Hochotz (just 15 minutes away on the bus) there is plenty of skiing to keep beginners and intermediate skiers happy for a weeks ski holiday.

Further skiing can be accessed due to the Kuhtai's membership of the Olympia Skiworld Ski Area. This ski area includes nine resorts in the local facinity to Innsbruck. They can all be accessed on the free ski bus service. There is over 260 kilometres of snow-sure pistes for skiers of all ability levels. The 8 other ski resorts / areas include Nordkette-Seegrube, Patscherkofel, Axamer Lizum, Muttereralm, Rangger Köpfl, Glungezer, Schlick 2000, the Stubai Glacier.

No matter where you stay in Kuhtai you will have easy ski access and there are loads of ski in ski out accommodation options which all holiday makers love. It is especially handy for beginner skiers who will struggle more when it comes to walking in ski boots and carrying ski equipment for the first time. You also have very good guarantees of snow. Kuhtai does not have a glacier, but it is the highest ski resort in Austria and as such it has one of the best snow records.

For some friendly advise on a ski holiday to Kuhtai that you might be thinking about, just give us a call on 02037780123. We can either give you some advise such as where to start your search or we can do a search for you and see what ideas we can come up with. 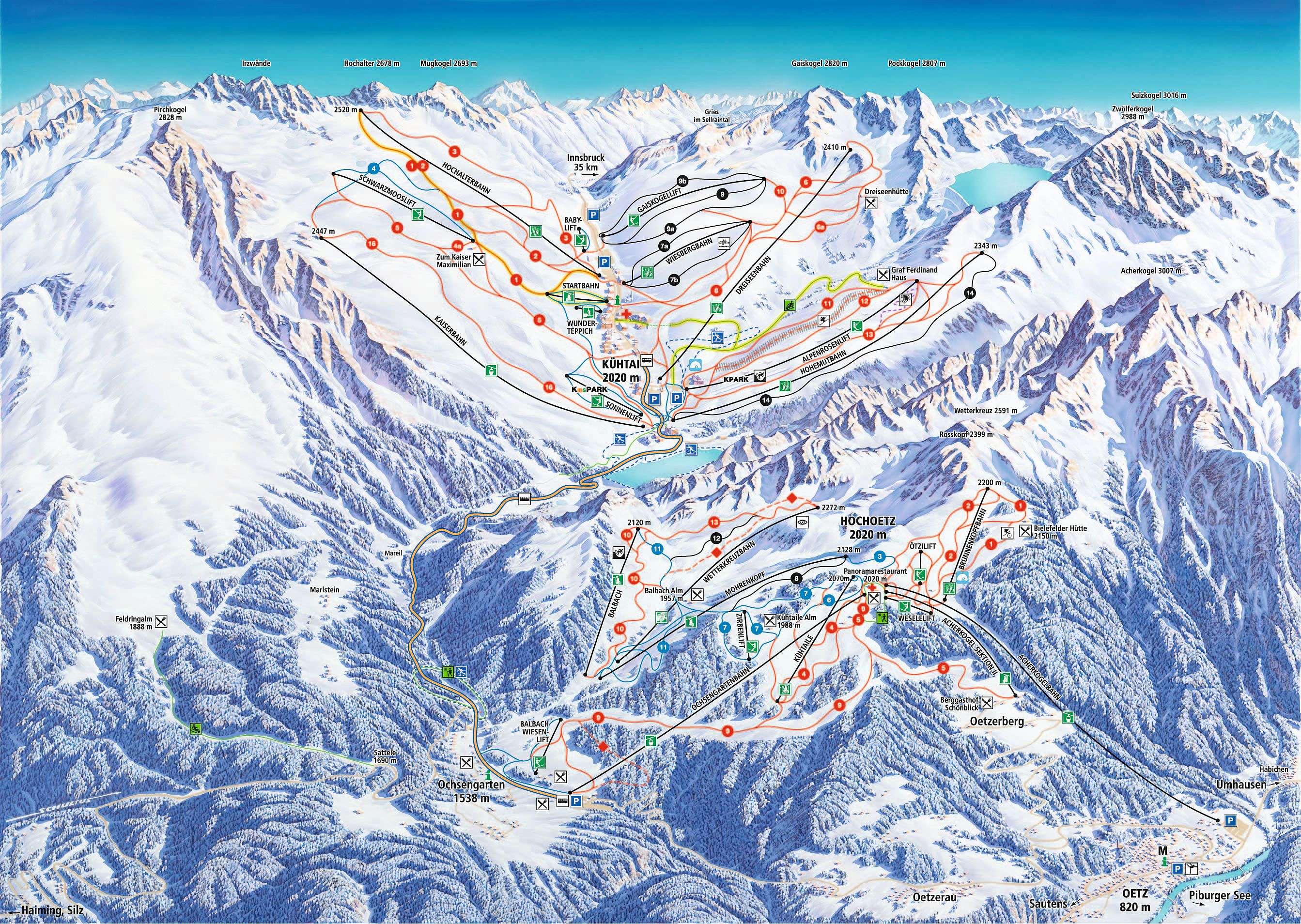 The area for beginners where you will learn to ski can be accessed right from the heart of the village which means no massive scary lifts on your first couple if days. After that that are a couple of other more challenging blue runs to progress onto which are higher up the mountain as well as a good choice of red runs which beginners should be able to progress onto by the end of a weeks ski holiday.

The skiing in Kuhtai and Hochotz is perfect for intermediate skiers. There are loads of red runs in the area to challenge yourself on and with over 80km of piste there is enough to keep you occupied for a week. The fact that the skiing is split between two resorts really helps to make the region feel bigger than it actually is. One can easily send three days out of a week skiing in each resort without getting bored.

Advanced skiers will be able to cover all 85km off piste pretty quickly but there are a few of challenging black runs to be found if you are the type of skier who is not put offer by skiing the same runs a few times during the duration on your holiday. There is also a good selection of off piste skiing to be found with some lovely tree lined route on the lower slopes of Hochotz. More adventurous advanced skiers might want to venture further afield and explore the other resorts in the Olympia Skiworld area including, Nordkette-Seegrube, Patscherkofel, Axamer Lizum, Muttereralm, Rangger Köpfl, Glungezer, Schlick 2000, the Stubai Glacier.

Snowboarders who will like Kuhtai are those who are not bothered by the amount of piste but instead love to find dig of the hidden natural hits in an area and session them over and over. Whilst also being content with a couple of half decent snow parks thrown into the mix as well. It is also great for snowboarders who are looking for an area which can offer off piste possibilities without getting tracked out the minute that the snow falls.

Off piste skiing in Kuhtai

Both Kuhtai and Hochotz has some great possibilities for off piste skiing. With the resort height in Kuhtai being over 2000m it is fantastic location to be if you get a fresh snow fall whilst you are away. It holds its snow well and there are loads of routes to be found. In the right conditions you can ski down the wall of the dam. Hochotz is not quite so high but the benefit is that there are loads of off piste tree lined routes to be discovered.

Low key is the best way to describe any après ski in Kuhtai. As with all Austrian resorts you can find a bar or two for a few après ski drinks but Kuhtai is not to the resort to head to if you are in search of a party.

Other après ski activities to do in Kuhtai

Other properties in Kuhtai