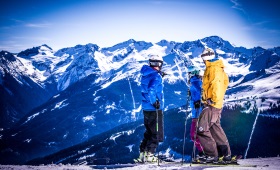 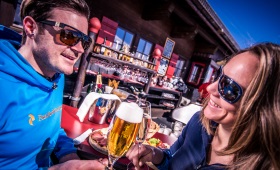 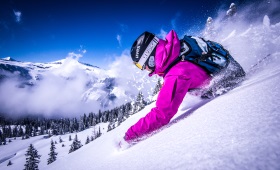 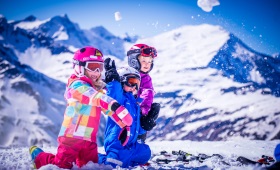 Bad Gastein is a beautiful town set in the middle of the Hohe National Park close to Salzburg. It is a place where you can breath in fresh mountain air in stunning surroundings. It is a world-renowned spa town famous for relaxation and regeneration, thanks to its alpine climate and Gastin’s hot springs.

Bad Gastein and Bad Hofgastein its slightly smaller neighbour, form the Gastein ski area one of the largest in Austria. With 250km of slopes, beautiful terrain and vibrate town it really is a ski holiday destination not to be missed this winter. The Gastein ski area is also part of the Ski Amadé, Austria’s largest ski area with 860km of slopes you really are spoilt for choice. Thanks for its short transfer from Salzburg and it is a popular choice for families and for those who want to relax. We have a wide choice of Bad Gastein ski holiday packages on offer where you can fly from most regional airports.

Besides its world famous spas, Bad Gastein has a distinctive townscape that include stunning “Belle Époque” buildings that blend naturally into its own environment, which just adds to the towns charming character. After the slopes the ski huts are popular with Austrian après ski that can continue until the early hours of the morning.

Book Your Ski Holiday to Bad Gastein With iSki

We have a good choice of Bad Gastein hotels in great locations at unbeatable prices. Please call our experts on 02037780123 to see what we can offer you in Bad Gastein? 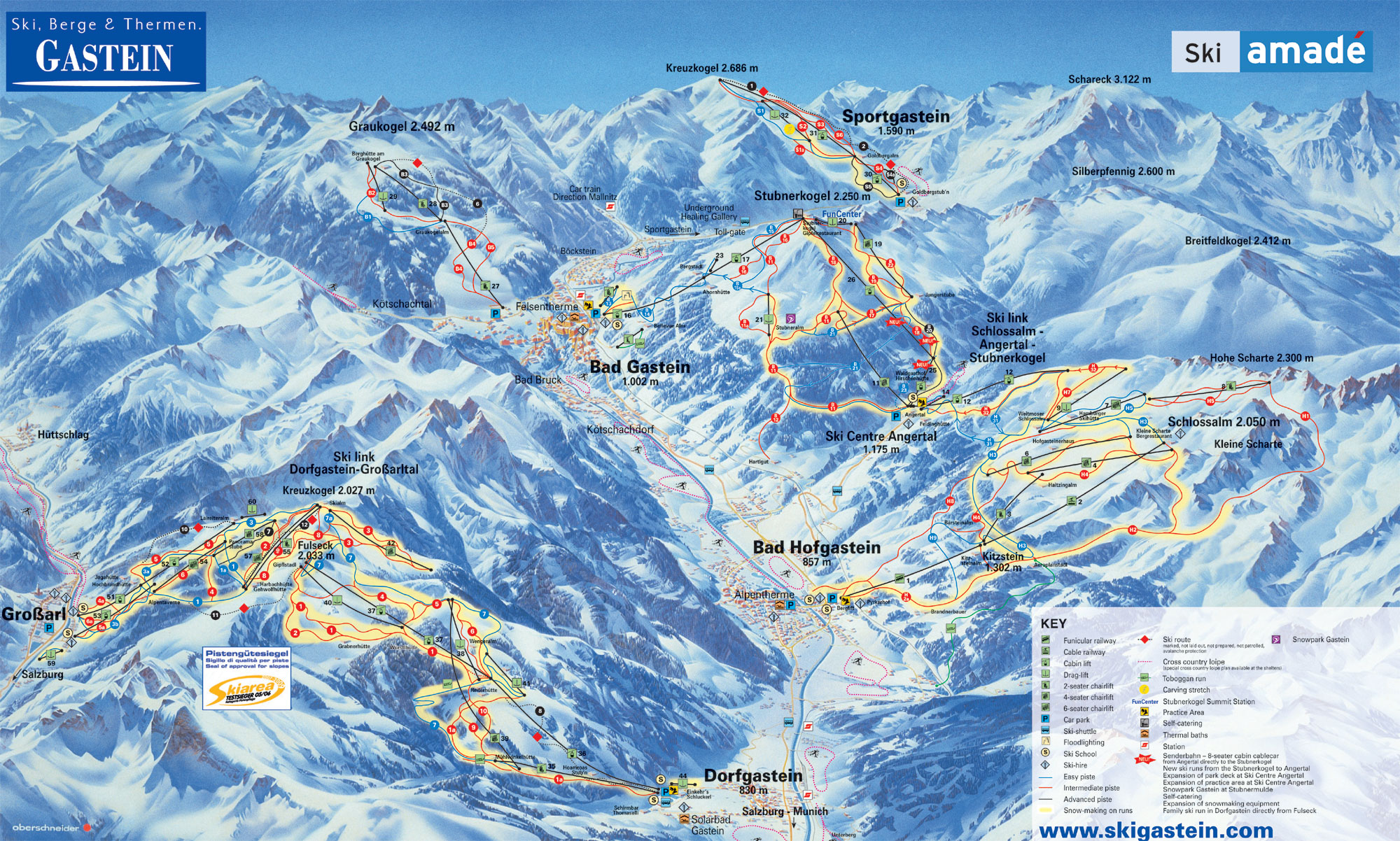 Bad Gastein is linked to Bad Hofgastein and forms the Gastein ski area that has 250km of slopes to explore. This ski area is within a national park and has some spectacular views and diverse terrain. The Gastein ski area is part of a much larger area the Ski Amadé area, Austria’s largest with 860km we can guarantee you will not be board.

Learning to ski in the Gastein ski area has never been easier. This is largely thanks to investment in the practice and nursery areas at Skizentrum Angertal and Bucheban, which have been considerably extended. For the children 2 conveyor belts have recently been installed so kids can more up hill more easily.

The Gastein ski area is made up of four parts, the best area for intermediates are the Schlossalm - Angertal – Stubnerkogel and Dorfgastein – Großarltal. Here you can find one of the longest runs in the Eastern Alps the 8 Km Hohe Scharte Nord.

The highest of the 4 ski areas that make u the Gastein ski region is the Sportgastein. This area is a skiers dream with many fantastic off piste routes available.

There are many Après bars and pubs in the town, as well as over 35 restaurants and while you are hear why not try your luck at its famous casino?

Unlike other ski centres Bad Gastein has a more sophisticated séance off the slopes, there are theatres, concerts, ballroom dancing and public reading rooms on offer. Lets not forget about the world famous spas that are not to be missed.

After a hard days skiing is there a better way to relax and unwind those tired muscles than going to a spa? Both Bad Gastein and its neighbour Bad Hofgastein are famous for its thermal water hidden under the mountains that is well known for its healing properties. “Alpen Therme” Bad Gastein has both in and outdoor pools, saunas and steam rooms that is open form early morning until late in the evening.

Other properties in Bad Gastein