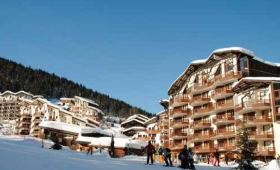 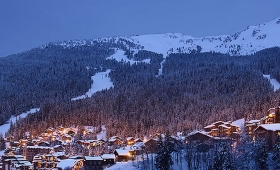 La Tania is a satellite resort within the Courchevel valley and has full access to The 3 Valleys. Although it is situated in the same valley as Courchevel and is covered on the Courchevel lift pass it is often thought of as being a resort in its own right. For people who like to book their skiing holidays in La Tania, nothing else will do. It is a small hamlet of chalets and there are a few self catered apartments in La Tania as well. The Hotel Montana also offers hotel accommodation. Nearly all of the accommodation in La Tania is either ski in ski out or at least within 100m of the piste.

It is nestled within the trees at the bottom of the Courchevel valley and is situated on the road which takes you between Courchevel and Meribel. Due to its unique location, almost equidistant between two of the world's most famous ski resorts, La Tania is a very popular destination for people to book their ski holidays too. Every morning you simply take two lifts to get out of the resort and once at the top you choose to go either left and into Courchevel 1850 or right and into Meribel. It couldn't be easier. If you want a quaint resort with access to a huge amount of skiing then a La Tania ski holiday will be right up your street. 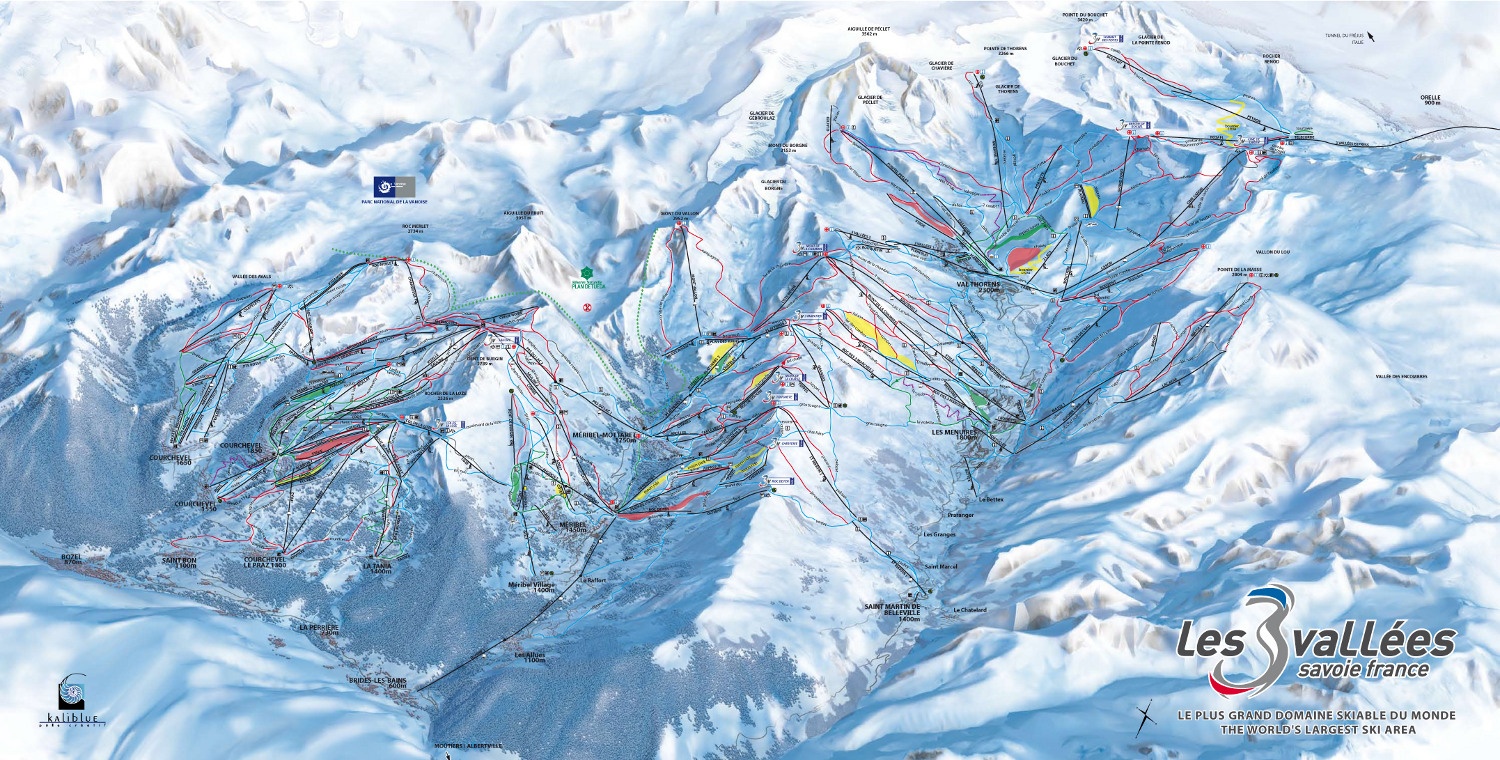 All of the runs that lead you down to La Tania are tree-lined and wide through the trees of the Courchevel valley. As a result, it is a popular destination for skiers to head on a bed weather day as the trees help to keep the clouds at bay and aid with visibility. Much of the skiing in La Tania is gentle and great for beginners and intermediates but there is enough skiing in La Tania for an advanced skier as well, especially given that you have access to the whole of the Trois Vallees.

One of the biggest benefits of beginners skiing in La Tania is that the nursery slopes are serviced by a free lift. This means that beginners will not need to buy a lift pass until 2 or 3 days into their holiday, once they have improved and gained a bit of confidence. This is obviously a great saving as the lift passes in the large ski regions in France can be an expensive aspect of the holiday cost. The gentile slopes that wind through the trees give beginners some great slopes to progress onto and no doubt by the end of the week you will be looking further afield towards the slopes of Courchevel 1850.

The blue and red runs that are local to La Tania are ideal for intermediates but no doubt you will want more than just the local pistes. With a full area lift pass, you will have easy access both Courchevel and Meribel as well as the rest of the resorts that make up The Three Valleys. With over 600km of piste to be skied, you will never be bored. However, even if you choose just to go for the local pass which gives you access to the whole of the Courchevel there is still plenty of skiing to be had and enough to keep you busy for weeks skiing.

Expert skiers will enjoy their ski holidays in la Tania as well. The local red runs will give you something to warm up on and the black run that lead over to le Praz from La Tania will really get you into the swing of things before you head of into the 3 Valleys as a whole. There is also a decent amount of off-piste skiing in La Tania for experts to indulge in as well.

Given its location within the trees La Tania offers a good amount of off-piste skiing and is a very popular destination for a skier to head too on a powder day as they seek the thrills of off piste tree skiing. If you happen to be lucky enough to have booked your ski holiday in La Tania then you will be the first on the lifts and can carve up some fresh tracks before anyone else has time to ski over.

Outside of the local area there is an endless amount of off piste skiing to be had and you will be able to carve your way through the tree of Meribel and Courchevel or cut fresh tracks down the powder fields of Val Thorens.

Given that it is a small hamlet within the Courchevel Valley there is no immediate access to a snow park or half pipe but the fact that you can easily get over to Courchevel or Meribel from La Tania is what makes it so great. If you want to warm up at the start of the week by riding the smaller park that Courchevel has to offer then you can get there in just 2 lifts, while the larger more challenging snow park (called the Moon Park) in Meribel is also within easy reach. On top of these two parks you can also access the snow park in Meribel Mottaret and Val Thorens. For those not so interested in riding park the tree lined pistes of La Tania offer some great runs to cruising around on and jibbers will love the the lumps, bumps and small hits that are available at the side of the pistes throughout the 3 Valleys.

There is a bit of nightlife and apres-ski to be had and the most popular place is probably the Ski Lodge but La Tania is not a resort to head to if you want to combine your ski holiday with a week of parting. However, if you are happy with a few apres-ski drinks and some nice local bistros then you will love a skiing holiday in la Tania.

Other Activities in La Tania

Other properties in La Tania