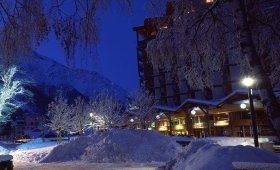 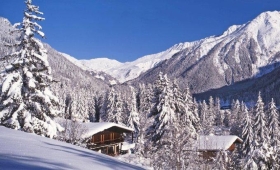 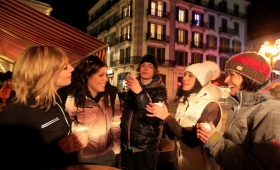 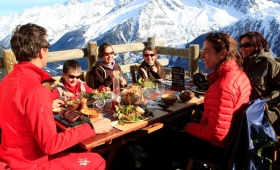 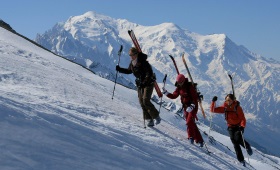 Chamonix is located at the base of Europe’s highest mountain Mont Blanc; standing at a whopping 4810m it is a popular tourist hotspot for sightseers, mountain climbers and skiers alike.  Chamonix is not only the oldest ski resort in France it is also one of the most exciting, offering fantastic nightlife, breathtaking views and serious skiing. The Resort of Chamonix was also made famous by hosting the first-ever Winter Olympic Games in 1924.

Chamonix is located at 1065m, however, 90% of its pistes are over 2000m making it one of the most snow-sure resorts in Europe. There are 7 main ski areas around Chamonix offering roughly 700km of piste, covered under the "Mont Blanc Unlimited" pass, and most of these areas are serviced by an efficient free local bus service. The highest cable car takes you to the Aiguille du Midi at an eye-watering 3842m; here you can access the legendary “Vallée Blanche” which is one of the most famous off-piste runs in the whole world, offering an unforgettable 24km of spectacular scenery and incredible skiing. Whatever type of ski holiday you want, we have a wide choice of winter Chamonix ski holiday packages to choose from where you can fly from your local regional airport.

The Chamonix valley consists of 5 main ski areas: Les Grands Montets, Brevent / Flegere, Les Houches, Balme (Le Tour and Vallorcine) and Aiguille du Midi. These areas make up 176km of piste offering plenty of white-knuckling off-piste routes, as well as plenty of diverse and spectacular skiing. However for the more adventurous the Mont Blanc Unlimited pass will allow access to the other 2 areas, Verbier and Courmayeur.

Chamonix is a mecca for any serious skier and the town itself is cosmopolitan and vibrant. There is a wide range of fantastic bars and restaurants, as well as plenty of pubs and clubs to choose from.  Unlike other purpose-built resorts, Chamonix offers a combination on traditional Savoyard charm with modern conveniences with legendary après ski. 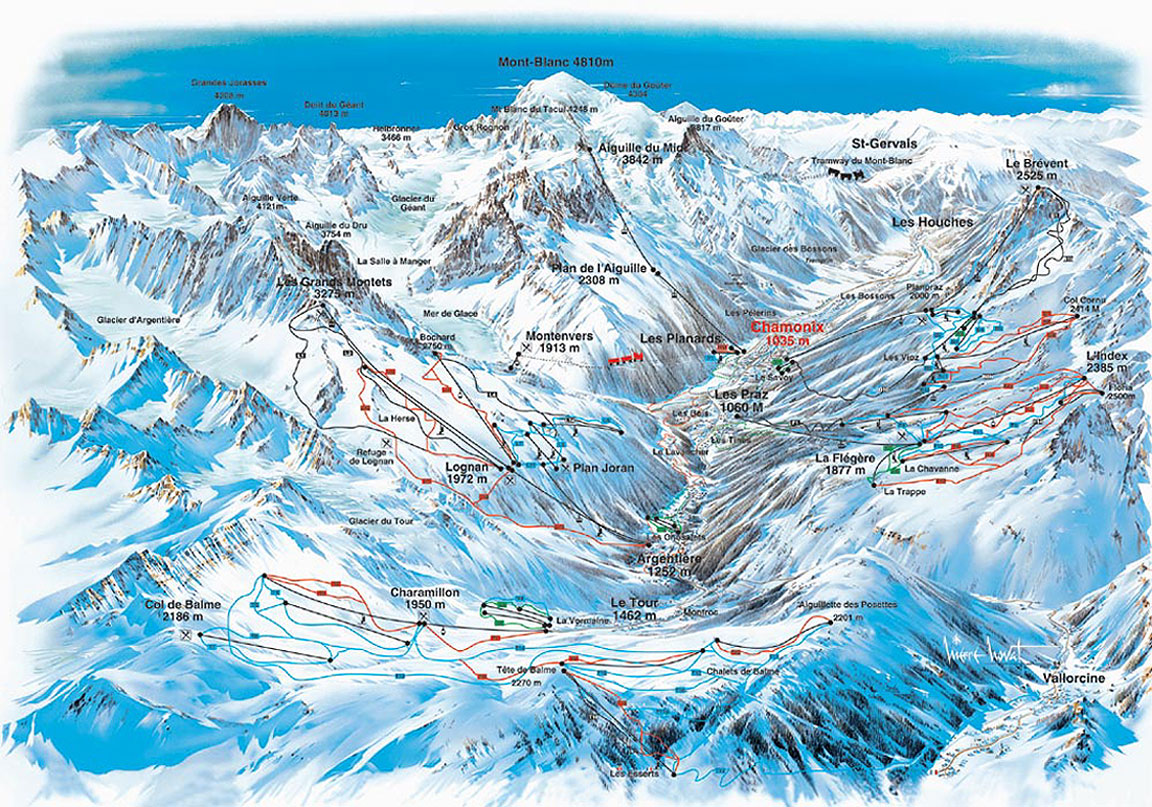 The Chamonix area has 5 main ski areas forming 176km of pistes the 5 areas are: Les Grands Montets, Brévent/ Flégère, Les Houches, Balme (Le Tour and Vallorcine) and Aiguille du Midi. If you purchase the Mont Blanc Unlimited pass, your pass will also include Verbier and Courmayeur allowing access to 700km of pistes. All of the areas with the Chamonix Valley are serviced by an efficient free bus service. Chamonix also offers some of the best off-piste in the world, in particular the Vallée Blanche, the most famous skiing run in the world.

Although Chamonix is not known to be the best beginner ski resort there are still some good parts in which to learn to ski. The best areas are Savoy, at the bottom of Brévent and Les Planards on the opposite side. Les Houches also has good parts for beginners.

The best areas for intermediates are the Balme and above Le Tour. These are great for cruising and usually not that crowded. Here there are also excellent tree-lined slopes on the Northside of the Tête de Balme and a lovely blue run that goes down to Vallorcine. However, there are plenty of red runs and off piste skiing for intermediate skiers to practice on.

Chamonix has a reputation for its serious skiing and the Grand Montets area is a major player for upholding its reputation. With the highest lift at 3275m this area provides 2075m of vertical decent. The world record for the greatest vertical descent was set here by Canadian, Mark Jones, with 51 descents and a vertical of 64,000m. Would you like to try and beat that?

The main snow park called the Snow Bowl Park is in Les Grands Montets and is sponsored by Salomon. It features kickers, rails and a boardercross, and is a must do for any snowboarder. At Brévent there is also a selection of rails and often an air bag to practice on.

Chamonix is not only famous for its fantastic skiing and diverse terrain, it also has renowned après ski as well, which can be enjoyed after a hard day on the slopes.  Chamonix is a lively town thanks to a great mixture of locals and extreme sports enthusiasts that make good use of the late-night bars and nightclubs that are open until dawn.

Popular choices for après ski in Chamonix include the Ice Rock Cafe where someone has parked a lorry in the basement as well as the legendary Wild Wallabies, which is Chamonix’s answer to St Anton’s Krazy Kangaroo.

Other Activities in Chamonix

Other properties in Chamonix