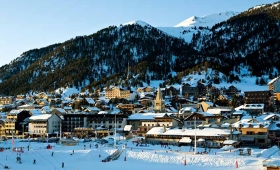 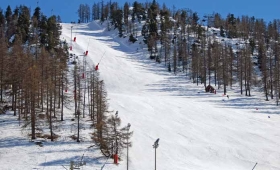 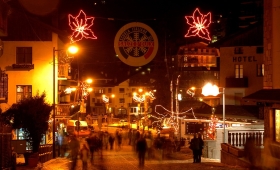 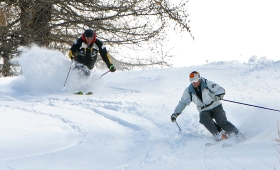 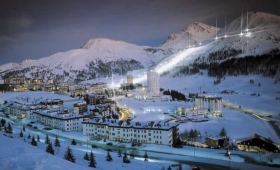 The Milky Way (or Via Lattea as it is known locally) is located on the board of France & Italy you can ski over the boarder from one country to the next. It includes the ski resorts of Montgenevre (in France) and Sestriere, Pegalato, Sansicario, Sauze d'Oulx, and Claivere (all in Italy). Ski holidays in the Milky Way are ideal skiers and snowboarders of all abilities, from beginners through to advanced skiers. There is a good spread of different pistes (52 blue runs, 111 red runs, 40 black runs) and there is about 400km of piste. The area is renowned for offering great value and given the size of the ski area the lift pass is an amazing price of roughly £165pp. Sauze d'Oulx is probably the best value for money resort in the area.

Most of the skiing in the Milky Way is above 1700m and there is good snow security from December through until March. Sestriere is the most snow sure resort in the area. It is located on at 2035m and offers snow security until the middle of April. The small village of Borgata is just below Sestriere at 1800m and although most of the skiing in Sestriere is above the tree line, there are some great tree runs that run down to Borgata. Sauze d'Oulx and Sansicario also offer some great tree runs. On French/Italian boarder you will find Montgenevre (on the French side) and Claviere (on the Italian side). The skiing in Montgenevre is lovely and there are some nice easy and open runs which beginners will thrive on. Intermediates will also like the skiing on offer in Mongenevre.

With such a choice of resorts on offer and a big selection of hotels in each resort, it can be easy to get lost when looking for a holiday in the Milky Way. If you are looking to keep the cost down then Sauze d'Oulx is the place to look. At iSki we have some top ski deals in Sauze. But if you are after late season skiing then Sestiere is the best resort to look at. Just give us a call on 02037780123 or email us here and we will more than happily help. 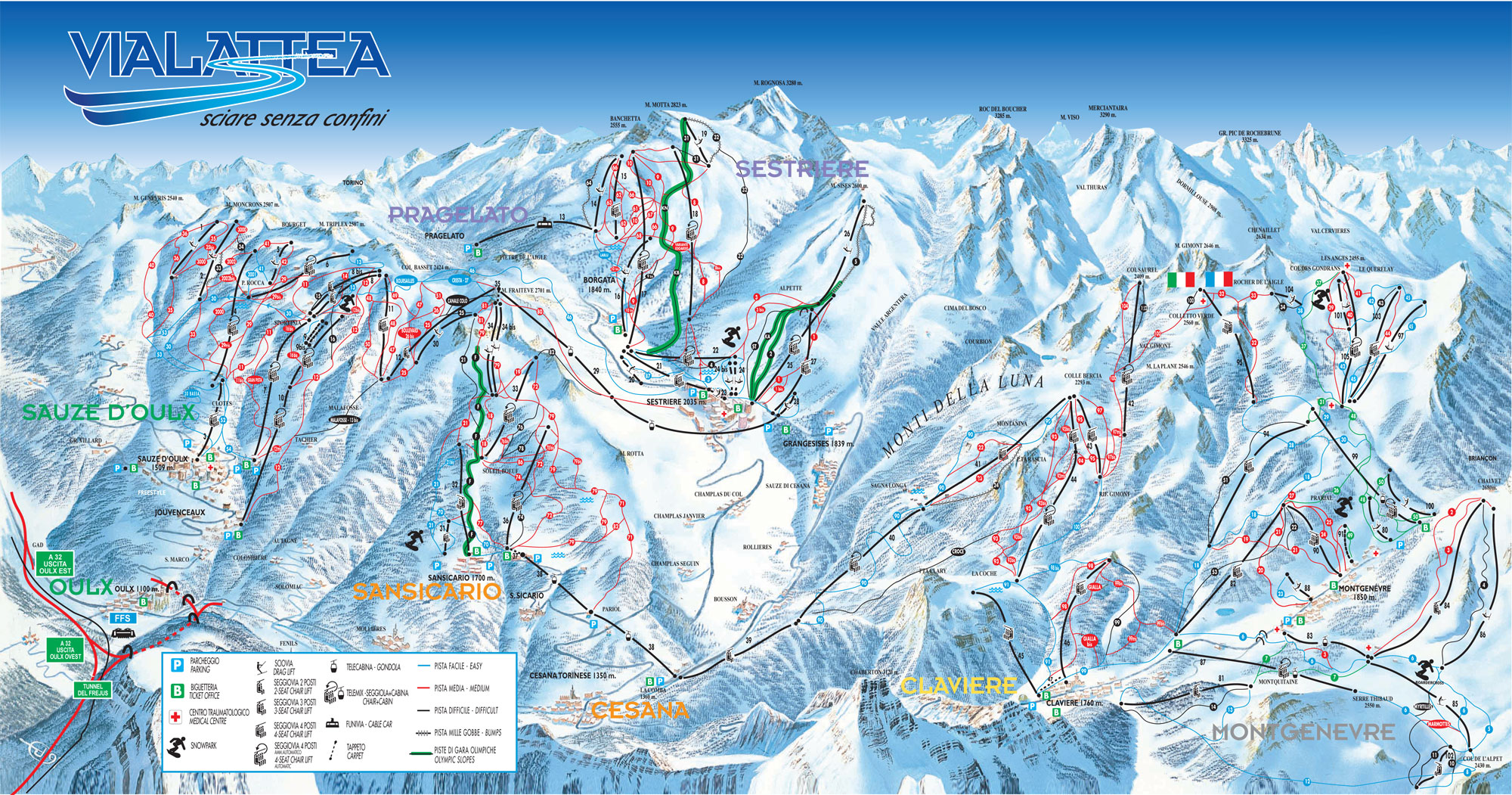 The Milky Way is a great all round ski area with 400km of piste and something to suit nearly all tastes. From beginners to intermediates and from skiers to snowboarders, there is something for everyone.

There is a good selection of pistes for beginner skiers in all of the resorts in the Milky Way. Montgenevre has plenty of blue runs which beginners will love. Sestriere also has plenty of easy runs and they can easily be accessed right from the resort. Beginners in Sauze d'Oulx have to take a chair lift to get to the beginner slopes but the slopes on offer are ideal for learning skiing. If you are an absolute beginner that has never skied before then there is a nursey slopes in the village centre which you will learn on prior to having to attempt to get on and off a chair lift.

Intermediates skiers will love the Milky Way. It is haven for intermediates. The majority of the skiing in the area is blue and red runs and there is a good selection of tree runs as well as pistes over the tree line with skiing up to roughly 2800m.

There are loads for snowboarders in the Milky Way. They have loads of wide cruisey runs with plenty of tree lined route. The Milky Way also has 5 snowparks and snowbaorders will love the amount of off piste in the area.

Off piste skiing in the Milky Way (Via Lattea), France

There is a good selection of off piste skiing to be found in the Milky Way. On the Claviere and Montgenevre side those looking for off piste should head towards piste (32) on the way to Mongenevre and piste 100 on the way to Claviere. There is easy access off piste skiing on both sides of either piste. Further into the Italian side there is an abundance of tree route in Sansicaro and Sauze d'Oulx and there are big open bowls on the way down to Sestriere. One of the best tree routes in the area goes from 2700m all the way down Jouvenceaux, just lower then Sauze. If you keep on going you can end up at Amazas which is on the main road towards Oulx, the town lower down the valley. However, it is a taxi back from there.

Montegenvre, which is the only resort on the Franch side of the Milky Way, does not have all that much apres ski but there are a few bars to check out. If you want apres ski then we suggest looking at the Italian side of the area. Sauze d'Oulx is without a doubt the best resort in the Milky Way for apres ski. It is a lovely little Italian ski village which is fully of Alpine charm, but there are also loads of bars and clubs as well. In the 80's Sauze had a reputation for being one the best après ski resorts in the Alps. It is not quite the same as it used to be with resorts like Verbier and St Anton stealing the thunder but Sauze is still a great place to head if you want to ski and party. It is also really cheap once you are in resort. You can find happy hour beers start from €2. You won't find prices like this in Verbier or St Anton!

Other Apres Ski and Non Ski Activities In The Milky Way

Montgenevre has weekly markets and you can do day trips to Briancon which is a lovely little town at the base of the valley with plenty of history. On the Italian side there is a sports centre in Sestriere with sauna and indoor pool. There is also skidoo excursions and ice skating on offer. Snowshoeing is popular in Sauze and they have weekly markets. You can also do a trip to Turin to watch football.