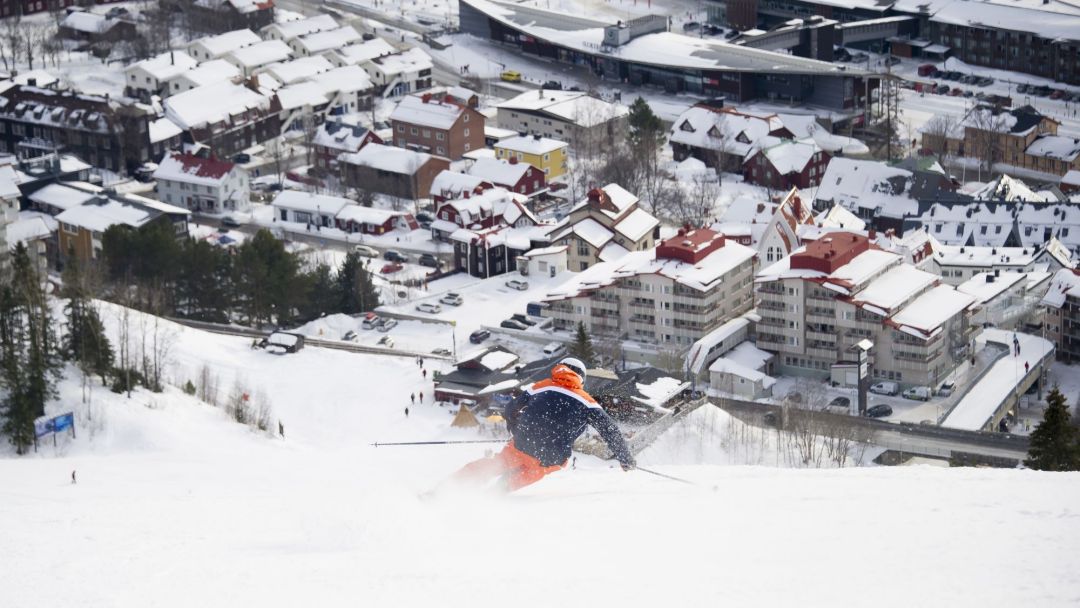 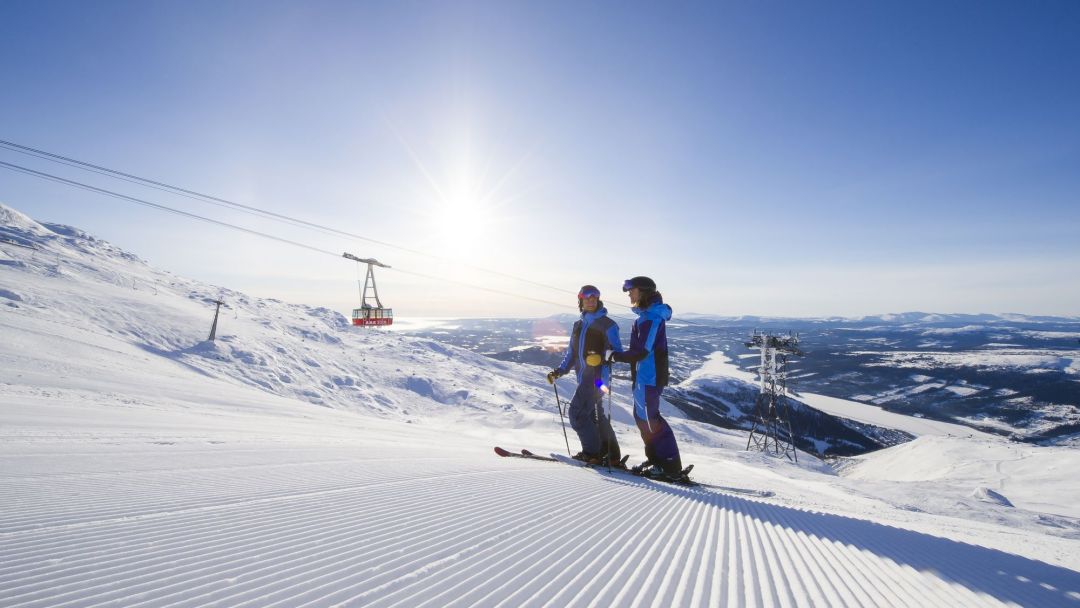 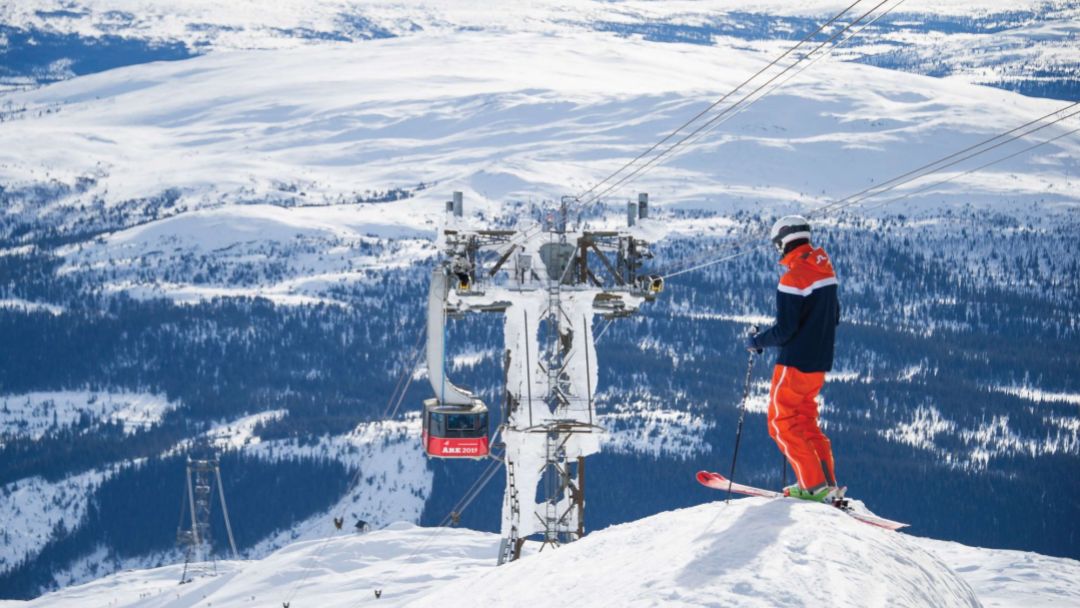 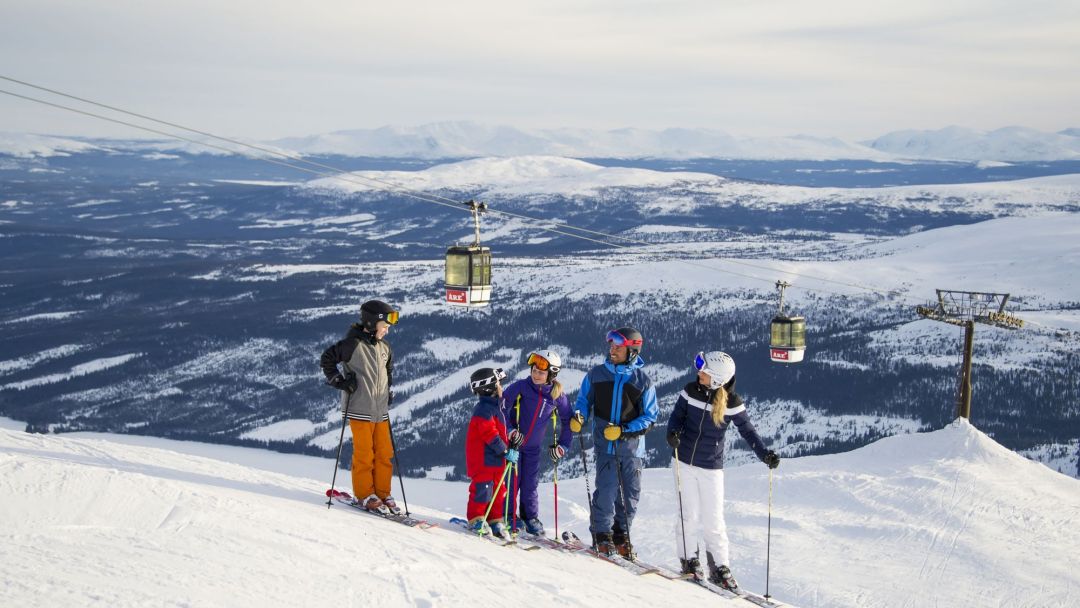 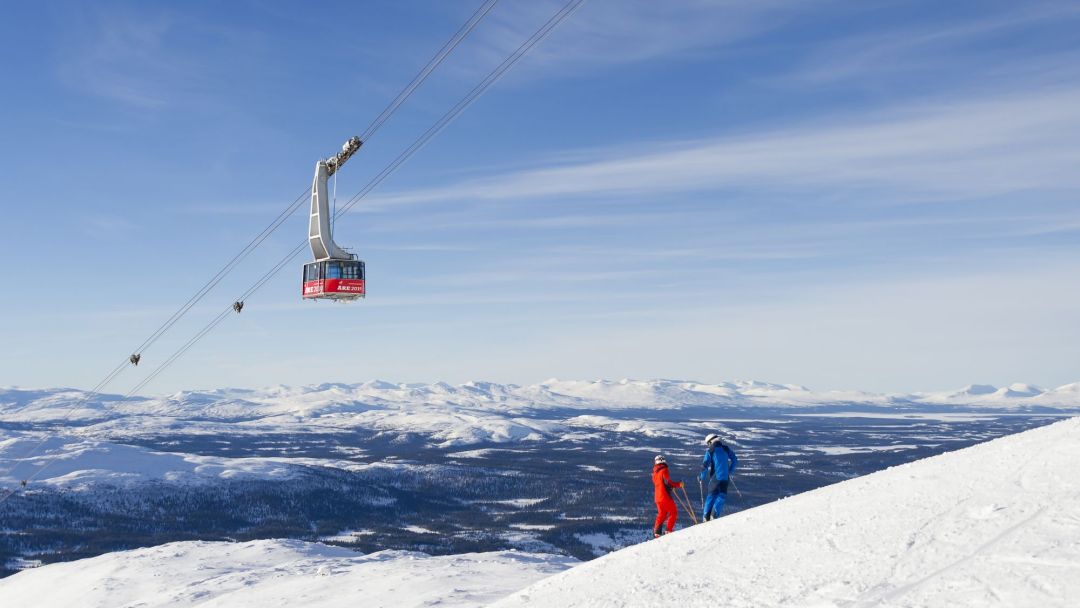 Are is Sweden’s largest ski resort. It has a lovely charm to it with traditional Scandiinavian wooden buildings that can be found next to larger modern structures, giving the resort a traditional feel mixed with an air of modernity. Area has a lovely relaxed atmosphere but there are still a buzz in nightlife in the air.

There are four main ski areas, linked by both the lift system and the efficient bus service. Åre By is the main area and is the most popular. There is a good mix of terrain on offer and it has the biggest selection of steep, and challenging runs. However, Åre By also has the Rodkullen beginners' area - Which is perfect for novice skiers. You can ski between Åre By & Åre Björnen, which as the largest number of beginners pistes. The quiet slopes in Åre Björnen are ideal for those looking for relaxed easy skiing without too many crowds. Duved and Tegefjäll are on the opposite side of the ski area are linked together with lifts and runs. These two areas are renowned for their spacious slopes which are ideal for intermediates, and locals will often choose to ski here to avoid the busier slopes in Åre By. All four areas are linked via the free ski bus service which run until 4pm.

Families are often attracted to Åre because of it’s friendly atmosphere and brilliant facilities for children. Åre has numerous children’s areas as well as adventure trails set around specific themes, and kids always love meeting Valle the snowman (the resort mascot).

There is loads to do when you are not skiing as well. Most of the hotels have wellness facilities, so you can experience Sweden’s famous hot tub and sauna culture. The Chokladfabrik chocolate factory is always a popular trip with families as are trips to explore the Tännsforsen frozen waterfall and ice caves (wrap up warm!). Or For those who want a bit more adrenaline why not try snowmobiling on the frozen Lake Åresjön.

As with most Scandinavia countries, Sweden takes food seriously. You can expect plenty of high quality local produce like fish, reindeer. Åre really comes to life over the weekend when locals head into resort to ski for the weekend and there are plenty of nightclubs and bars where you can enjoy a few drinks and hit the dance floor.

It is important to know that Åre is a cash-free resort. This means that you'll need to use a debit or credit card for all your transactions and purchase when in resort such as lift passes and ski hire. However, some independent shops and restaurants will still accept cash.

The best area in Åre for beginners are Björnen or Rodkullen, both of these areas have great beginner slopes. For those looking to take the next step, Duved and Tegefjäll are the places to head for some more challenging slopes where you can avoid the crowds. Local ski instructors all speak excellent English and are and are known for being friendly and welcoming.

The area is mainly made up of blue and red runs, so intermediates it is ideal for intermediate skiers. Duved and Tegefjäll are normally popular with instructors because of their long open run, but Åre By is the place to ski for the most challenging slopes. The snow parks on offer also add a bit of spice into the mix.

The toughest pistes are in the Åre By area - there are plenty of challenging black runs and lovely long reds runs as well. The half pipe and freestyle parks throughout the area will also be a big pull for advanced skiers along with the epic off piste! Powder hounds will want to head over to the back side of the Åreskutan peak but there are also some great route to be found just by hoping of the side of the piste.

There are plenty of drag lifts in Åre so beginner snowboarders beware - Åre By is where you will find the most chairlifts and gondolas. There are four snow parks spread between in Åre By, Rodkullen, Duved and Åre Bjornen, with a good selection of half pipes, rails, jumps and boxes. All abilities are catered for.

Åre has a wide range of restaurants. There are more than 75 in total. Most establishments offer traditional Swedish food such as fish, seafood, reindeer and berries - but multicultural options are available as well. Food is taken seriously in Sweden meaning holidaymakers can expect a top quality and great service.

Åre is Sweden's biggest ski resort and as you would expect it comes alive in the after nightfall. Friday and Saturday nights are the busiest when locals who flack to the resort for a weekend of skiing. There are a whole host of après venues (more than 30) with a good variety of bars and nightclubs to suit all tastes.

Other properties in Åre