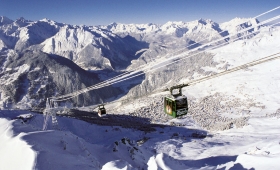 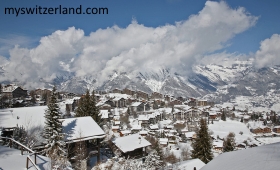 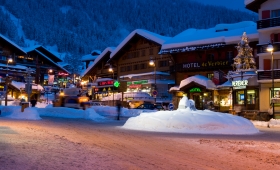 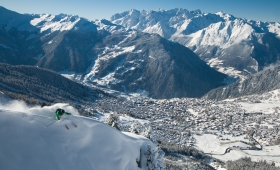 Ski Holidays In The 4 Valleys

The 4 Valleys is the largest linked ski area in Switzerland. There is just over 400km of piste and it catered for all abilities. The main resort in the area, that skiers from all over the world flock to on mass is Verbier but the other resorts that make up the ski region are, Verbier, Nendaz, Veysonnaz, La Tzoumaz and Thyon. As is often the case with Swiss ski holidays it is not the cheapest area in the world to go skiing but, owe my word, it is worth the money! When you are out there the skiing feels as thought it is almost endless, and with the amount of off piste that is on offer on top of the 400km of pisted terrain, it almost is. Verbier specifically is famed for its off piste but the area attracts skiers all off abilities as well as families.

As much as the area is famed for its skiing, there is so much more to the 4 Valleys. It is a beautiful ski region full and is quintessentially Swiss in its nature. Verbier especially is fully of classic Swiss chocolate box chalets and there is not a concrete monstrosity in site, as is so often the case with many of the big French ski areas. You will also find that the Swiss charm is not just restricted to the to the architecture. You will be welcomed with open arms by the locals who can not go out of their way enough to make sure that you have the time of your life whilst you are there.

Book Your Ski Holiday To The 4 Valleys With iSki Today!

iSki has a good selection of availability to choose from in the 4 Valleys. Whether you are looking for a posh chalet in Verbier or a cheap self catered apartment in Nendaz we have got something to suit call taste. Why not give our friendly sales team a call on 02037780123 and see what we can do to help.

Skiing In The 4 Valleys

Beginner Skiing In The 4 Valleys

People often think of the Four Valleys as being an advanced ski area which is more suited to experts skiers than beginners. While they are right that it is an excellent area for experts, what people fail to realised is that the 4 Valleys is a great ski area for beginners as well. Nedaz has a specific area for beginners to learn to ski with easy rope lifts and magic carpets. The only down side is that you have to get the gondola up to this area rather than it being accessed right from the village, but then this is not usual in European ski resorts. Verbier also caters well for beginners. In Verbier you will find easy access nursery slopes by the village centre as well as further nursery slopes up the mountain which can easily be progressed onto after a few days.

Intermediate Skiing In The 4 Valleys

There is so much skiing in the Four Valleys that intermediate skiers will be kept entertained for days, if not weeks on end. With 412km of piste on offer there is so much variety of skiing that on a week long ski holiday you can ski in a different resort on nearly every day of your holiday should you choose to do so. The slopes in and around Verbier often get very busy so it is a good idea to venture further afield. The ski area of Bruson is well regarded by the locals. It used to be a bit of a hidden secret but with the addition of the Le Chable to Bruson gondola back in 2013 its popularity has increased. It is a great area for intermediates to head to on a powder day if you are after a gentle introduction to off piste skiing.

Advanced Skiing In The 4 Valleys

Off Piste Skiing In The 4 Valleys

The 4 Valleys is an absolute Mecca for off piste skiing. Skiers who love off piste flock to Verbier and the surrounding resorts year after year to enjoy the thrills and the spills of the legendary off piste that the Four Valleys has to offer. Something that makes Verbier and the Four Valleys stand out from the crowd is the offering of official off piste routes. These are known as “Ski Tours” or High “Mountain Ski Tours”. They are intended to be a step up from black runs and they are not controlled or maintained. They get tracked out pretty quickly on a powder day so make sure you are out nice and early if it has snowed the night before! There is an abundance of other off piste routes to be found as well but you will have to decide for yourself what you think is worth skiing and what is not id you ventre off piste and off trail.

Free Style Skiing And Snowboarding In The 4 Valleys

Snowboarders will love the 4 Valleys for all the same reasons that skiers love it. 400Km of piste, multiple resorts to ride in and out off decent night life and a huge amount of off piste. The snow parks that are on offer will also be of a huge attraction to snowboarders, as well as freestyle skiers. Verbier has great snowpark on offer and if all you want to do on your holiday to the 4 Valleys is ride park then you can by a cheap lift pass for guests staying in Verbier that just allows access to the park. Over in Nendaz they have two further snow parks. They have the beginners park and the “Progression Park” for those looking to take a step up. If you want some professional advice then head to the Progression park on Monday afternoons where they have instructors on hand to give advice and tips.

Apres ski in the 4Valleys

If you want serious apres ski and you want to holiday in the Four Valleys then Verbier is the resort for you. It is without a doubt one of the best resorts for apres ski in the whole of Europe. In fact back in 2004 the Fairnet Apres Bar was voted as being the best apres ski venue in the Alps. 2004 may seem like a long time ago now but never fear, things have not changed. The Apres ski on offer in Verbier is just as good as ever. Other popular apres ski bars in Verbier are Pub Mont Fort and 1936 which both offer easy access straight off the slopes and brilliant atmospheres. For any apres ski fiend on holiday in the 4 Valleys, a most visit is Fer a Chavel. Also in Verbier, it is one of the most busiest venues in town. There are often so many party goers there that the crowd extends out onto the street with a great atmosphere both inside and out.

Apres Ski Elsewhere in the 4 Valleys

There is also a good apres ski scene in Nendaz. It is not quite as busy as Verbier but there are plenty of bars. Les Etegnes is a great choice with a lovely sun terrace which you can hit straight from the piste. Cactus Saloon is a popular choice for a bar in town and L'Oxygene is the place to visit if you want to party in to the early hours.